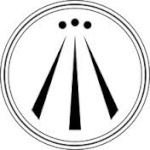 A DAILY shower is a deeply ingrained American habit. Most people would no sooner disclose they had not showered in days than admit infidelity. But Jenefer Palmer, 55, of Malibu, Calif., cheerfully acknowledged recently that she doesn’t shower or shampoo daily and doesn’t use deodorant. Ever.

No, she does not work from home in pajamas. In fact, Ms. Palmer, the chief executive of Osea, an organic skin-care line, often travels to meet business contacts at the five-star luxury hotels where her line is sold. They might be surprised to read that Ms. Palmer, a petite, put-together brunette, showers “no more than three times a week,” she said, and less if she hasn’t been “working out vigorously.”

She contends that a soapy washcloth under her arms, between her legs and under her feet is all she needs to get “really clean.” On the go, underarm odor is wiped away with a sliced lemon.

Defying a culture of clean that has prevailed at least since the 1940s, a contingent of renegades deliberately forgoes daily bathing and other gold standards of personal hygiene, like frequent shampooing and deodorant use.

To the converted, there are many reasons to cleanse less and smell more like yourself. “We don’t need to wash the way we did when we were farmers,” said Katherine Ashenburg, 65, the author of “The Dirt on Clean: An Unsanitized History.” Since the advent of cars and labor-saving machines, she continued, “we have never needed to wash less, and we have never done it more.”

“I’m going to sound like dirty Katherine in this article,” she said, “but it doesn’t matter. I’m still invited to dinner parties.”

Retention of the skin’s natural oils and water conservation are two reasons Ms. Palmer and others cite for skipping a daily shower. Some have concluded that deodorant is unnecessary after forgetting it once with no social repercussions, or are concerned about antiperspirants containing aluminum, even though both the National Cancer Institute and the Alzheimer’s Association don’t share those concerns. Shampooing as little as possible can help retain moisture in dry locks and enhance curl shape, argue adherents of the practice; for some men, it’s about looking fashionably unkempt.

Resist the urge to recoil at this swath of society: They may be on to something. Of late, researchers have discovered that just as the gut contains good bacteria that help it run more efficiently, so does our skin brim with beneficial germs that we might not want to wash down the drain. “Good bacteria are educating your own skin cells to make your own antibiotics,” said Dr. Richard Gallo, chief of the dermatology division at the University of California, San Diego, and “they produce their own antibiotics that kills off bad bacteria.”

Some people have long complained that showering too much makes their skin drier or more prone to flare-ups of, say, eczema, and Dr. Gallo said that scientists are just beginning to understand why. “It’s not just removing the lipids and oils on your skin that’s drying it out,” he said. It could be “removing some of the good bacteria that help maintain a healthy balance of skin.”

But Elaine Larson, a professor at the Columbia University School of Nursing with a Ph.D. in epidemiology, cautioned that subway riders, gymgoers and others who come into contact with many strangers should consider soaping up. “If it’s cold and flu season, you want to get rid of the stuff that isn’t a part of your own normal germs,” she said.

WHATEVER the motivation, personal cleanliness in the United States has long been big business. Widespread advertisements address (and arguably generate) anxiety about body odor, from the classic spots ordering consumers to “Raise your hand if you’re Sure!” to recent popular commercials with the actor Isaiah Mustafa hawking Old Spice body wash.

They seem to work: Adults younger than 24 use deodorant and antiperspirant more than nine times a week, but even for older age groups, usage never falls below an average of once a day, according to Mintel, a market research firm. Ninety-three percent of the country’s adults shampoo almost daily, the firm said. Reliable statistics for how often Americans shower are hard to come by, said Regina Corso, a senior vice president of the Harris Poll. “People are going to be hesitant to say they’re not showering every day,” she said.

But Todd Felix, a clean-cut-looking actor and online producer at Sony who lives in Los Angeles, was happy to report that he finds deodorant unnecessary and antiperspirants absurd. (To his mind, the latter is akin to covering your pores in Saran Wrap.)

To keep his body odor in check, he takes a daily shower with an unscented Dove body wash, usually after the gym. But Mr. Felix, who is in his early 30s and doesn’t want to be taken for a hippie, is cautious about disclosing that he doesn’t wear underarm protection to people he dates. “When you tell a person you don’t wear deodorant, you come across as, ‘Oh, how European, how natural, how funky,’ ” he said.

The few times Mr. Felix has mentioned on a date that he goes without deodorant, he said, things have quickly turned, well, sour. “It’s weird, but I don’t smell,” Mr. Felix will announce. Then, he said, “the comment is always, ‘You think you don’t smell.’ ” (Mr. Felix admitted that he lives in horror of having the rare fetid day.)

But Matt Merkel, an engineer from Birdsboro, Pa., is sure he smells just fine. How? Recently, Mr. Merkel, 29, told his mother and sister that he gave up the old Speed Stick as a teenager, and they were shocked. “I was like, ‘Smell me, I don’t care!’ ” he told them, adding, “They probably just thought I was still 13 or 14, and doing that because somebody told me to.”

America’s custom of rigorous cleanliness was in full swing by World War II, at which point most homes had acquired a full bathroom, said Ms. Ashenburg, the author of “The Dirt on Clean,” and intensified with postwar marketing efforts. But standards are relaxing, at least in some corners. An article in Parenting magazine’s November issue suggests that stressed mothers need not shower daily, stating reassuringly: “The air is drier in the winter, which means you need your skin’s natural lubricants.”

More boldly, on a Facebook fan page for the book “Run Like a Mother,” a bible for active parents, Bethany Hoffmann Becker, a 32-year-old paralegal from Hutto, Tex., posted this week: “I get a lot of my runs in on my lunch break at work so I am all about the baby wipes

I just shower before going to bed.”

Meanwhile, sales of dry shampoo — a spray used to prolong the time between wet lathers (and perhaps) showers — “more than doubled” from 2007 to 2009, according to the NPD Group, a market research firm.

Recently, the Investment Banking Club board, whose membership is made up of 20 percent of the students at Columbia University’s business school, sent a “friendly reminder” of some “personal hygiene basics” to members seeking jobs. One commandment: “Carry anti-perspirant with you if you are worried about sweating.”

But some young would-be professionals are blithely unconcerned about sweat or odor. “I don’t feel I’m stinkier than the next guy, and I know a lot of people who say the same thing,” said Blake Johnson, 25, a law-school applicant who just moved to Norman, Okla. “I never get told I stink. When I tell people I don’t wear deodorant, they are surprised to hear it.”

As if arguing his case in court, Mr. Johnson went on: “When I was working in San Francisco, in an office in the middle of a prestigious law firm, I had to wear a shirt and tie all the time, and I think at some point my boss would have been like, ‘There’s something I’ve got to talk to you about ... everybody in the office is noticing.’ ”

But no “talk” ever happened. Mr. Johnson, an every-other-day bather who resembles the late singer Elliott Smith, also confessed he lets his shaggy hair get oily so he can style it the way he wants. “Right now it’s cool to appear like you don’t care about what you look like,” he said. “You have to invest time, and often money, into making it look like you’ve done neither, or you can take the easy route, and just don’t wash your hair for a week and a half.”

John Wesley Wilder Jr., 30, a salesman at an eyeglass store in Philadelphia, is not only a convert to unwashed hair — he shampoos only once a month with Head & Shoulders to reduce frizz, he said — but also to what one might call his personal perfume.

“I was getting used to not smelling like Old Spice, and smelling like myself,” said Mr. Wilder, who forwent underarm protection for three years. However, this past summer’s heat wave forced him to reconsider. “The moment I didn’t shower, it was terrible,” he said. Now he occasionally uses a natural deodorant.

“It’s a little different, but not bad,” he said of his experiment, inspired by his concern about the aluminum in antiperspirant, but also by several roommates who went without. This “wasn’t a terrible thing,” Mr. Wilder said, though, he added with a laugh, “A couple of them definitely should wear deodorant or shower more.”

Indeed, those who try laissez-faire hygiene need to brace themselves for negative feedback. Tara Freymoyer, 26, a property manager in Birdsboro, gave up underarm protection after she started dating Mr. Merkel, an abstainer. She has friends who “wrinkle their nose and say, ‘You’re gross.’ ” But Ms. Freymoyer, who shampoos with Herbal Essences, persists, at least in part because of her fear that antiperspirant may cause cancer. “Just for my pure health,” she said, “who cares if I stink a little?”

Alice Feiring, a wine writer in Manhattan, joked that autumn is her “season of nonbathing” (she actually bathes four times weekly). “ ‘Didn’t I bring you up differently?’ ” she said her mother asks. “ ‘What will people think?’ ”

But Ms. Feiring, 52, is resolute. “I don’t like to over-dry my skin,” she said. “It’s a myth that people need a deep cleaning everyday.” 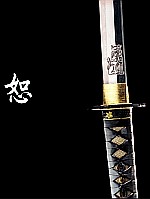