*Same reserve as last winter appears adequate as Q4 nears
* Nuclear plant closures left grids
short of capacity
* Network companies to negotiate deals
with operators
* Regulator says won't allow plant
closures in south
MUNICH, Sept 5 (Reuters) - Germany's
power grid needs around two gigawatts (GW) as reserve capacity to avoid
shortages in the coming winter, the country's energy regulator said on
Wednesday, lowering earlier predictions.
"We are working with such a target
figure (2 GW), which is roughly the same as last winter," Jochen Homann,
president of the Bundesnetzagentur (BNetzA) said at an industry conference.
"But it could still change, if
there are more capacity closures, so it's a moving target," he added.
The BNetzA monitors supply and demand
and ensures the stability of networks in Europe's biggest power market.
Homann two months ago predicted more
than 2.15 GW would be needed to avoid shortfalls on the power grids.
He said that latest projections made
by transmission grid firms (TSOs) had produced a more conservative estimate,
but there would be constant reviews.
Power markets crucially need to know
if supply is certain after Germany closed eight big nuclear plants last
year and as network stability in the 2011/2012 proved tricky at times.

The TSOs' task is to establish how
much reserve will be needed and buy capacity promises from plant operators.
Homann said the nuclear decision, taken
in the wake of the Fukushima disaster, will constrain supply not just in
2012/2013 but also for the next few years when extra precautions will have
to be taken to prevent blackouts in high-demand periods.
The 2 GW are equivalent to two big
nuclear plants.
As most of the nuclear plants shut
last year were located in the heavily industrialised south of the country,
the BNetzA is monitoring the region.
"We are working on transitory
solutions under high pressure," he said. "It is clear that idling
capacity in the south will not be permissible."
He said that operators, who argue that
power prices are too unattractive to keep operating certain old plants
- wholesale prices are at two-year lows - would not be given clearance
for hasty closure plans.
Current voluntary declarations that
power plants would not be shut were "not good enough" and might
need to be backed by legal stipulations requiring a certain capacity floor,
he added.
He also said that a new power cable
from eastern German Halle southwards to Schweinfurt in Bavaria needed to
be built by end-2015 or early 2016 at the latest, when E.ON's huge southern
Grafenrheinfeld power reactor is to shut permanently. (Reporting
Vera Eckert; Editing by Alison Birrane) REUTERS 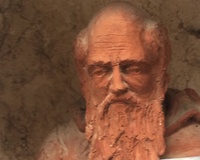